This post describes the use of a python script to close requests after successive approval reminders using Custom Schedules.

We have an option under the self-service portal in order to send reminders mail for the approvals, what would be the case once all the mentioned reminders are sent and still the ticket remains unnoticed, and the technician needs to have a look at the pending every once in a while .

We can configure a custom schedule to close the requests, and also add a note in the ticket stating "closing the request since the approver has not approved after repeated follow ups"


1. Go to Reports--> New Query Report and run the below query and save this report.

3. Edit configuration.json file and update the application URL and the Technician Key


I've attached a screenshot showing a sample implementation below. 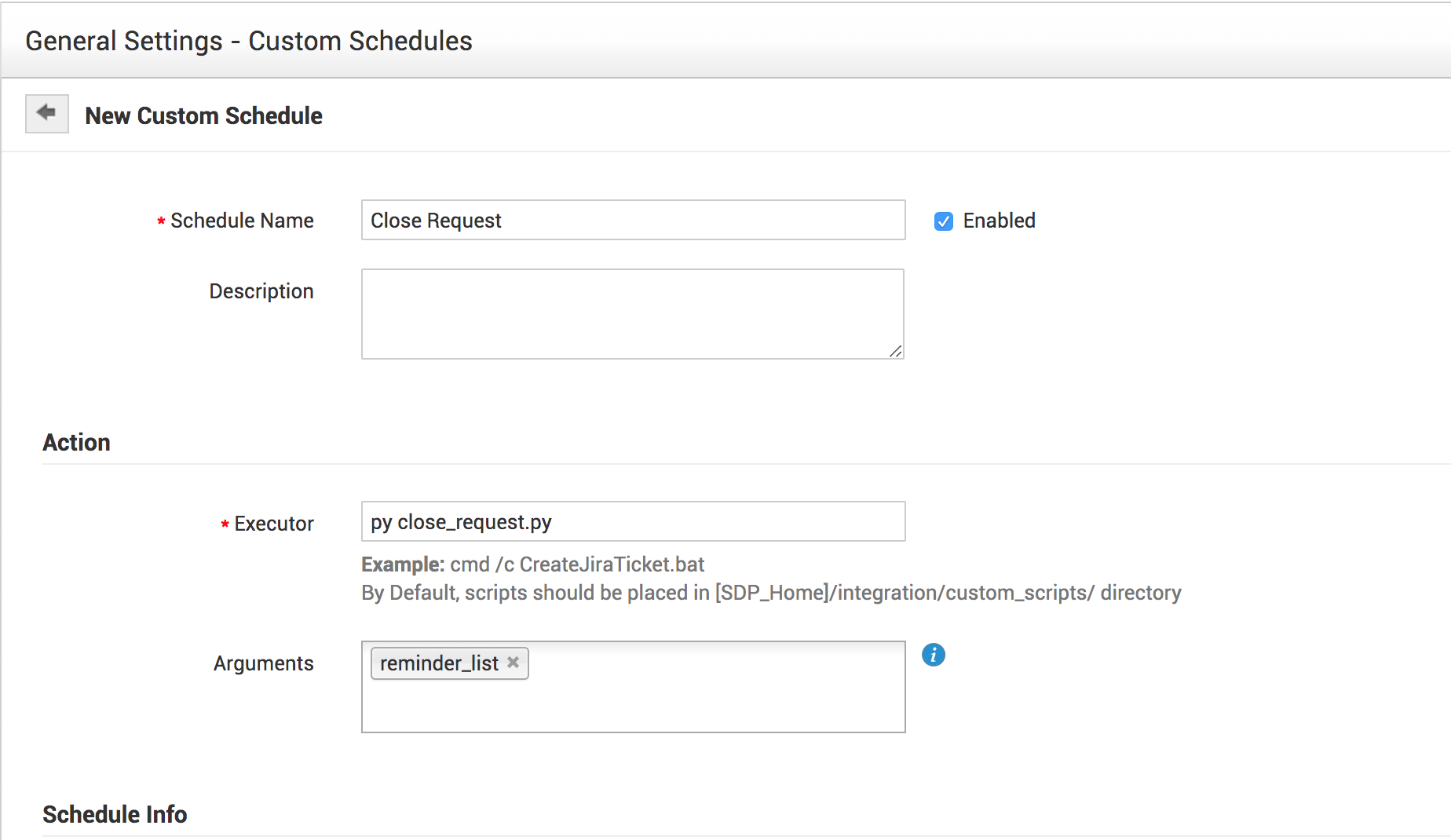 A short guide on setting up python is available  here

Refer to the link below in order to setup the schedule,